On the 26th of March 2013, the JAI received a group of 10 students from the Palestine Committee at the University of Oslo, who were visiting Palestine end of March. At the JAI, they were briefed and updated about the JAI advocacy work and campaigns, including the Olive Tree Campaign with its details, goals, impacts, local and international work and spreading.

They were then guided by the JAI not a tour to witness confiscated lands, lands under threat of confiscation, the apartheid wall, settlements expansion, visited two campaign' fields, visited at house and met with the one of the campaign' farmers in one of them at Al-Walaja village, west of Bethlehem. 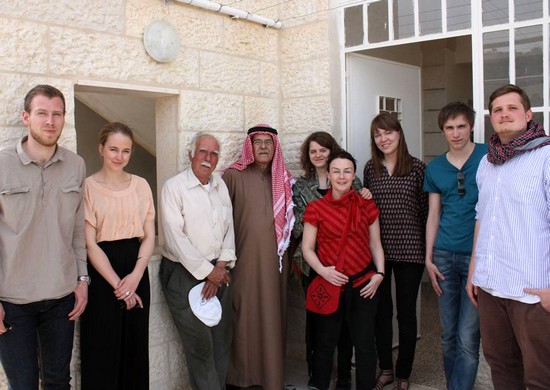