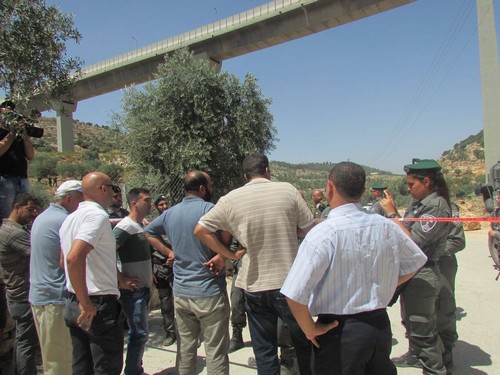 On the 17th of August 2015 Israeli bulldozers and soldiers destroyed and uprooted some 100 Roman Olive Trees in the area of Bir Owneh in Beit Jala town, west of Bethlehem. The attacked land, which belongs to 5 Palestinian families from Beit Jala town, is about 30 dunums planted with very ancient olive trees.

The purpose of the attack is to continue the construction of the Apartheid wall in that area, and seize more land to be added to the Israeli colony (settlement) of 'Gilo'.

Read the JAI partner' 'Embrace the Middle East' report and statement, linked to the Olive Tree Campaign they support (21 August 2015).

Read the EAPPI' report on Christians protesting the uprooting of trees and construction of the wall in Beit Jala (24 August 2015). 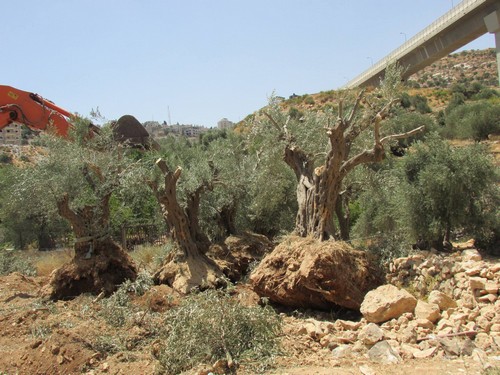 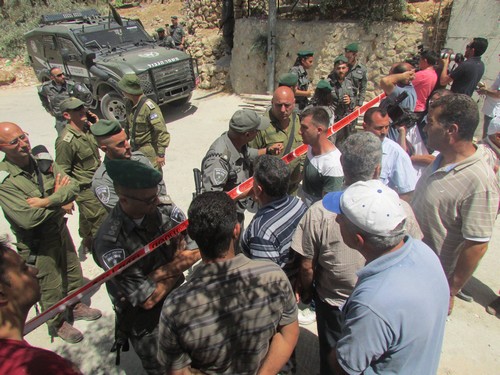