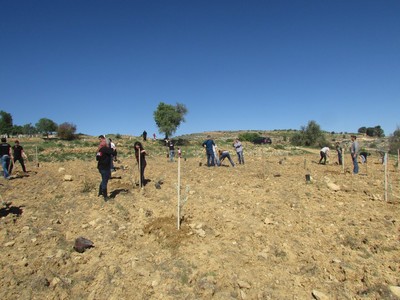 On the 30th of March every year Palestinians commemorate Land Day. This is a very special day for the Palestinians, because it was on this date in the year of 1967 that the Israeli government confiscated thousands of dunums of land that belonged to the Palestinians. Because of this event, many Palestinians were killed and injured by the Israeli military forces.

This year on March 30th the JAI, alongside many other local organizations, arranged to plant olive tree Al-Khader Village in southern Bethlehem. A big group of young Palestinians and 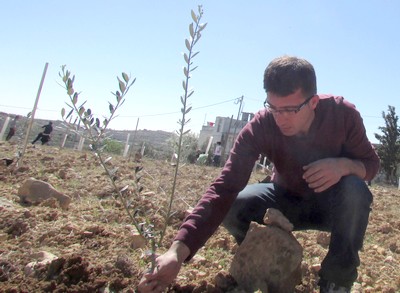 international volunteers attended this event in order to plant 100 olive trees. This activity was intended to support the farmers, and to keep hope alive for them. The land belonged to the farmer Reyad Abd Al-Lateef, and consists of about 20 dunums. Recently, Israeli settlers began to build a settlement called Ifrat. The settlers in Ifrat have been trying to expand this settlement, resulting in the illegal confiscation of Reyad's land to be added to the settlements borders. Reyad and his family spend a lot of time on their land to protect it, and we joined them on land day to support them by planting these trees.