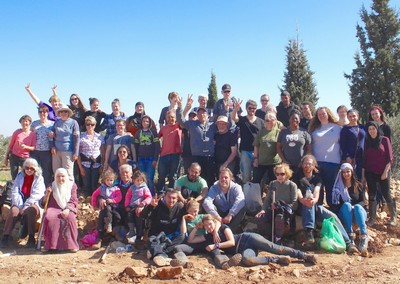 See more photos and watch short clip on the Program.

Lasted from the 6th to the 15th of February 2016, 32 internationals from 13 countries have completed the JAI-ATG jointly organized annual Olive Planting Program. The program comes under the JAI' ongoing Olive Tree Campaign, and aimed at helping farmers and their families maintain their land, provide them with protective presence against Israeli settlers and soldiers attacks, show solidarity and Keep Hope Alive for them.

The Program this year came under high tension in Palestine due to the increasing Israeli settlers and soldiers attacks, which resulted in increasing demonstrations and popular resistance by the Palestinians. Hence, to accomplish the program with such a number of participants is a great success. 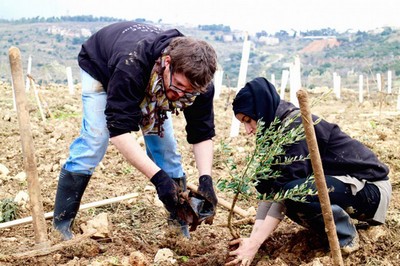 In addition to planting around 1,500 internationally sponsored olives through the campaign in four threatened fields in three villages in the Bethlehem area, the program also included exposure guided tours to various areas and town including Jerusalem, Bethlehem, Hebron and Ramallah.

Professional presentations were also given to the participants in some afternoons and evenings on main issues related to the Israeli occupation and conflict related, as well as Palestinian and international campaigns which puts pressure on Israeli towards ending occupation, including the Kairos Palestine and the Boycott-Divestment-Sanctions (BDS) Campaign. 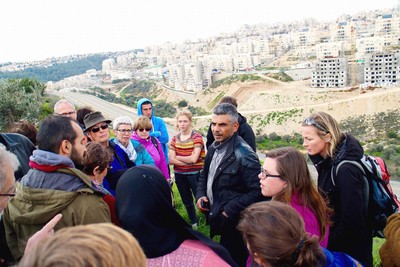 With all such experiences and information, participants also listened to many farmer and personal stories of life under occupation and incidents people had, which they would take with them to their countries, communities, movements, congregations and solidarity groups. During the program, an advocacy session was also conducted which discussed potential actions and campaigns for Palestine the participants could organize or join in their homes.