On Sunday 20 November 2016 the last of a total of 1100 olive trees were planted on the fields of the village of Fa'rata, in the north of the West Bank. These trees are donated by a Dutch former-diplomat Erik Ader in the name of his father Rev. Bastiaan Jan Ader, a resistance hero who saved hundreds of Dutch Jews during the Second World War.

After the Nakba and the foundation of the 'State of Israel', the Jewish National Fund planted 1,100 pine trees on what used to be the Palestinian village of Bayt Natiff. When Erik discovered that the forest planted in the name of his father was intended to hide the prior existence of Palestinian life and thus to cover up an act of ethnic cleansing, he decided he wanted to right the wrong. Knowing that his father was a courageous human rights defender who gave his life to save others, he does not approve of the connection of his father's name to the eradication of Bayt Natiff. By planting the same number of trees on Palestinian land, his father's name is connected to a just cause, as it should be. Also, Erik Ader wishes to show support and solidarity for the Palestinian people, to let them know that ‘not everyone in this world has forgotten them'.

Erik Ader approached stichting Plant een Olijfboom in the Netherlands, the Dutch partner of the JAI' Olive Tree Campaign to make the planting of 1100 olive trees in the occupied West Bank possible. Stichting Plant een Olijfboom, the Olive Tree Campaign and Erik Ader worked closely together. It was decided to plant the olive trees in the village of Fa'rata, which Erik had visited in 2010. The people of Fa'rata suffer under attacks perpetrated by Jewish settlers on a regular basis, ranging from the cutting and burning down of trees and theft of the harvest to the assault of the farmers. 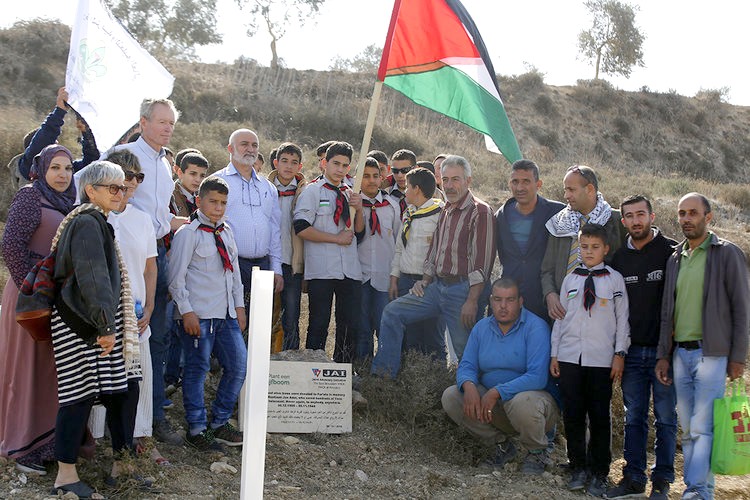 On the Morning of Sunday 20 November, Erik Ader and the coordinators of the Dutch and JAI' Olive Tree Campaign, together with a group of volunteers, went to Far'ata plant the last trees together with the villagers, exactly 72 years after the execution of Erik Ader's father by the Nazis. After the planting, there was a meeting with the villagers in the town hall. Erik Ader gave a speech in which he explained the history of his father and himself, stating his opposition against the Israeli occupation and colonization and expressing his support for the Palestinian people. The people of Far'ratain return thanked Erik for his generosity and support. 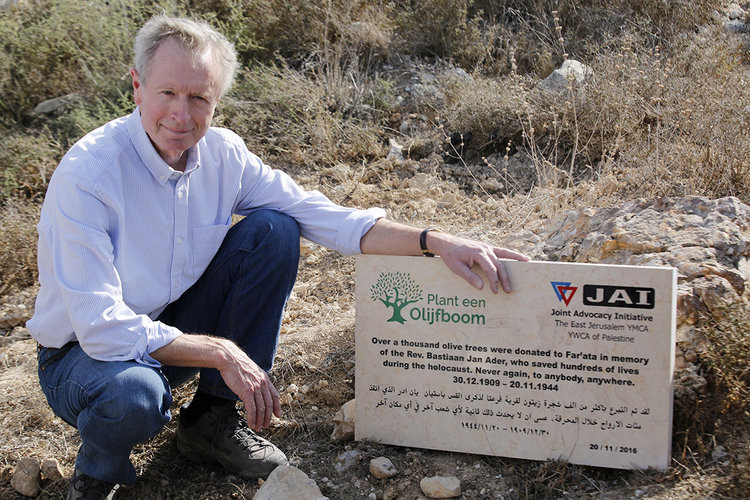