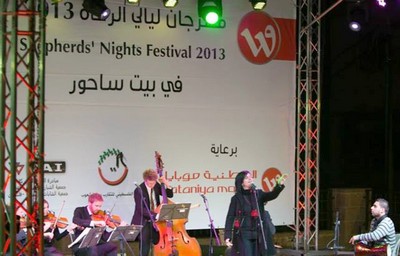 See more photos of the Festival

For the 6th season, the JAI has co-organized the Shepherds' Nights Festival in Beit Sahour, from the 23rd to the 25th of December 2013, with the Palestinian Center of Rapprochement between People.

This festival took place in the old city, and was opened with Palestinian cultural and Christmas songs by Reem Banna with a Norwegian band, followed by entertainment show with magician Elias Hzayneh from Bethlehem.

Day two started with a Christmas show for children, performed by Al-Hara theatre in Beit Jala, with Santa's distributed gifts on children. This was followed by Palestinian nationalist and folkloric songs performed by Palestinian singer Tha'er Barghouthi from Ramallah. Later in the Christmas evening, the audience enjoyed listening to Christmas carols by the choir of the Evangelical Lutheran School in Beit Sahour. 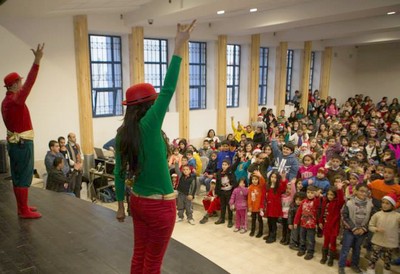 On the Christmas day, scout groups from Beit Sahour marched by the Shepherds' Field in the town, where the Candle Procession started, entitled: "Light a Candle for the Right of Self Determination for the Palestinian People". Hundreds of people, Palestinians and internationals from various nationalities, marched with candles through the streets and old city of Beit Sahour, with the scouts' music performances, Christmas carols and slogans, until their arrived at the festival area. The Beit Sahour mayor and municipality council members, as well as religious leaders and political and social figures have joined the march, which was followed by a performance by Dam Palestinian rap band from Lod on the political conditions and life under occupation in Palestine.

The festival, attended in the 3 days by around 4,000 people, aimed at and succeeded in communicating the advocacy message for Palestine locally and internationally. 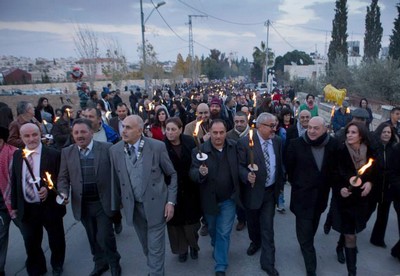