PYEM participant at the Ayia Napa Conference in Beirut 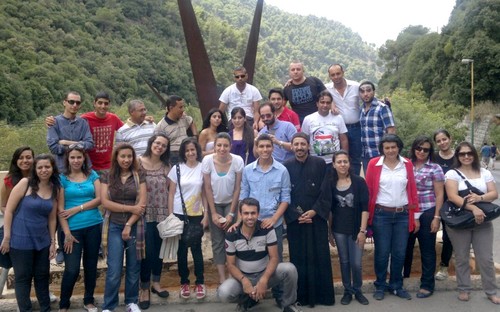 In the presence of youths from Christian movements from the Middle East the Palestine Youth Ecumenical Movement (PYEM) of the JAI was also represented by Rawan Khoury at the Ayia Napa 27th conference held in Lebanon between August 25-31. Ayai Napa is an annual Christian youth gathering organized by WSCF/ME for its member movements, aiming at empowering youth and addressing ecumenism and emerging and relevant issues. This year conference was entitled "Freedom and Community" with the participation of Christian youth from Palestine, Syria, Lebanon, Egypt, Sudan and Iraq.

The conference included 11 sessions. Each session was followed by a sub-groups workshop to discuss the issues which have been raised in the previous session. 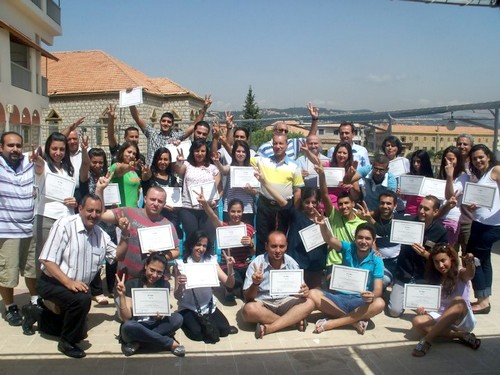 Through discussions, participants realized how God created us free, and he always invites us to live in freedom. Christianity is built on the basis of full love of Christ that is freely given to those who believe in and follow him, and we have to hold our faith and practice it freely.
As for our communities, we in the Arab World yearn to live the absolute freedom, but are unable to do so being in a society with racism and sectarianism, in addition to wars, occupation and uprisings.

Rawan the representative of the PYEM gave a briefing on the Palestinian Youth Ecumenical Movement, did some prayer and evangelical reflection. She also participated in a youth session entitled "Christian freedom in my community", and participated at the cultural session. Through meetings and sub-groups workshops, Rawan has also presented the Palestinian issue and the situation of Christians in Palestine. She also represented the PYEM at the WSCF Regional Committee meetings that followed the conference.

Note: The PYEM was supposed to participate with three other members but faced difficulties with the visa issuance that was delayed.