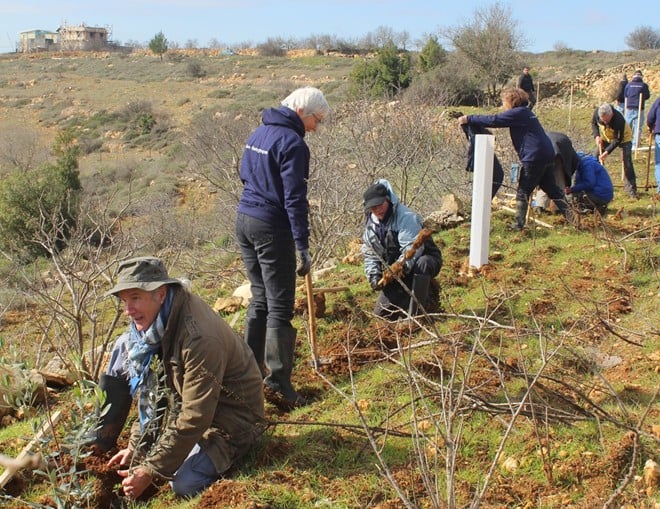 The Israeli policy of land theft and expropriation has never ended. The Annexation plan of the occupied Palestinian territory is being implemented in many areas without being officially declared. More land is being seized and more people are becoming forcibly displaced. In the last few days Israeli confiscated lands in the South, East and West of Bethlehem, Salfeet and in the Jordan Valley for settlement expansion and for military purposes, a clear violation of the international Humanitarian Law.

On March 30th, the Palestinian People commemorate the Land Day by showing their rejection of this policy and their commitment to resist the related Israeli measure. While doing this, the Palestinian people celebrate their connection and attachment to the land by planting trees as a symbol of their resilience.

The Keep Hope Alive - Olive Tree Campaign works to support the Palestinian farmers to protect their land, to restore their hope, to empower them and to strengthen their steadfastness, by providing them with olive trees and share with them actions of solidarity and support from partners and friends worldwide.

On this national Palestinian day, JAI calls our partners, friends, human rights organizations and freedom fighters worldwide to support the Palestinian national rights, and to condemn the Israeli measures of land annexation as illegal under international law. We ask you to notify your MPs and Ministries of Foreign Affairs of their responsibilities toward the Palestinian occupied territory and to hold them accountable to their obligations.

We also call on you to keep your support for the Olive Tree campaign as a solidarity tool with the Palestinian people in their pursuit for freedom and a just peace.